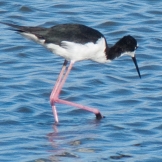 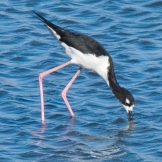 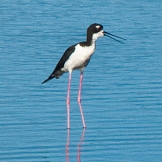 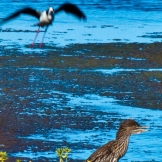 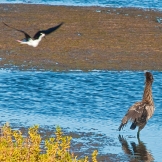 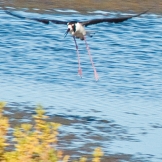 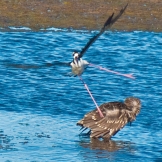 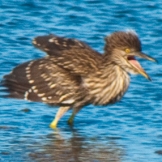 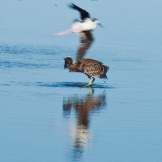 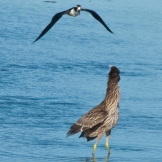 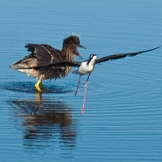 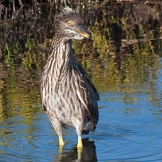 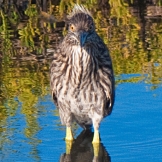 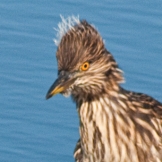 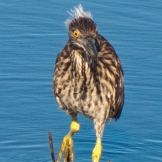 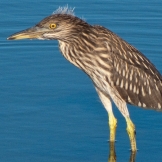 I lurk about the Kealia Pond National Wildlife Refuge early mornings on days when the wind is slack and the sky is blue. The part of the Park I visit is an abandoned Cat Fish farm with dikes separating ponds from the rest of the wetlands. I discovered the place in the middle of a severe drought and the Rangers were pumping water to keep the wild life going. Since the ponds were the only source of water hundreds of rare and endangered birds were concentrated in one area and I had the ability to take their snapshots with my inexpensive underpowered camera equipment.

It’s always been a challenge because in telephoto mode the images produced were marred by noise if the film speed settings were to high and/or blurry because the lens is slow. Another issue is that there is major shutter lag and then it takes seconds for the camera to write to the memory chip. The camera is fine for taking snapshots of plants because they don’t move to fast. You would think that with photoshop you could bend any image to acceptable appearance but, even though I shoot in Raw, chromatic aberration becomes an issue. Consequently Shooting birds and surfing is a challenge but it’s really fun trying to get good stuff (not to mention the locations are incredibly beautiful) and when I succeed in getting something interesting it’s really satisfying. Also we have crazy good light on Maui otherwise I wouldn’t have a chance.

On the last visit to the Ponds before I took the pictures in the gallery above I was surprised to have been buzzed by an Aeo right after getting out of car. These birds mostly just gracefully lounge around feeding off the bottom of the pond and are extremely furtive, flushing at any approach, and here was one coming at me! This time of year the dikes are closed off because the there are nesting birds and only the parking lot has been available. I was so startled by that bird flying over me that I couldn’t even point the camera much less get an action photo. After this first encounter there was no more activity but I kind of got close to some Coots so I decided to keep at it, early morning visits, and maybe between the absence of normal traffic and nesting birds I would get a opportunity to grab an interesting image.

This was the setting: a little after 7am with the first direct light peaking over Haleakala. No action: placid almost glassy water and serene birds. The dikes still closed off I just strolled to the edge of the parking lot next to a pond and took some snapshots of Aeo feeding. Then one started to make noise and then all hell broke loose. A pair of birds starting swooping with their pink legs extended. Finally a very immature heron staggered out of the brush. I don’t know if he aimed to do some damage, like gobbling down a stilt chick or eating eggs, or he was in the wrong place at the wrong time. The stilts mobbed him, and he made BEEG noise, I’d never heard a heron make any sound. It was a kind of goose hiss but higher pitched. I’d never seen these different varieties of birds do anything but silently, peacefully, and stealthily coexist with the other birds in the ponds.

It was quite comical: with pink legs the Aeo were like Nazis in drag. At the same time the scene was cartoon because the heron has bright yellow legs so it was more like Roger Rabbit then wild kingdom. Herons tend to saunter around slowly until they find a likely spot to fish and then freeze, as in petrified bird. But this one had to keep moving so as not to get beat up to bad. All of a sudden he looked up and saw me and came over for my protection. This was the first time a heron ever came towards me –they are normally just as furtive as the Aeo, flushing or at least ambling away at any close approach so I have dozens of shots of herons ass’s. It was like “hey, buddy pal friend, make them stop beating on me,” and it worked, the Nazis stopped bothering him. He took a breath, looked around, and flew off to a safer part of the 450 acre park.